When it comes to drugs, there are various different ones on the market that plague our streets- from alcohol to marijuana to cocaine. While all drugs are clearly harmful to the body and they are addictive, it is still important to note the various facts between the drugs. 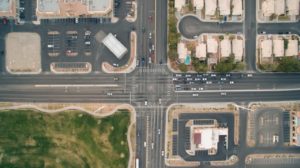 In this article, I will discuss the ins and outs of cocaine. One of the best ways to help avoid yourself or someone else getting addicted to drugs is to first be knowledgeable about them.

Cocaine is a very powerful and very addictive drug. People commonly recognize cocaine from the coca leaves (Erythroxylon coca) that people in South America have been chewing on for thousands of years.

The leaves themselves provide the stimulant effects of the drug, but people have since developed a purified chemical, cocaine hydrochloride, which was isolated from the plant more than 100 years ago.

But, when it is on the street, cocaine is a fine, crystalline, white powder. And, it also has several other street names such as powder, blow, C, coke, or snow. Furthermore, street dealers often dilute the substance by mixing it with other drugs…

While this makes it cheaper for them, it just makes it that much more dangerous for those who are using and abusing it.

How is cocaine used?

The primary methods of cocaine administration include intravenously, inhalation, intranasally, or orally.

But, the method of administration does not make the drug not dangerous. All methods pose serious health risks to those who take abuse the drug.

What are the effects of cocaine?

The effects of cocaine addiction range from short-term to long-term effects. But, the issue with drugs is that you never know which of the side effects will affect you. It could affect you the first time, the third time, or the one-hundredth time – that is the problem, you never know when or to what severity.

A few of the common side effects of cocaine include increased heart rate, increased blood pressure, elevated body temperature, headaches, cardiac arrest, seizure, and even death.

Does any of that sound pleasant?

If you are worried someone you know might have a drug addiction, talk to them about the negative side effects of common drugs like cocaine.